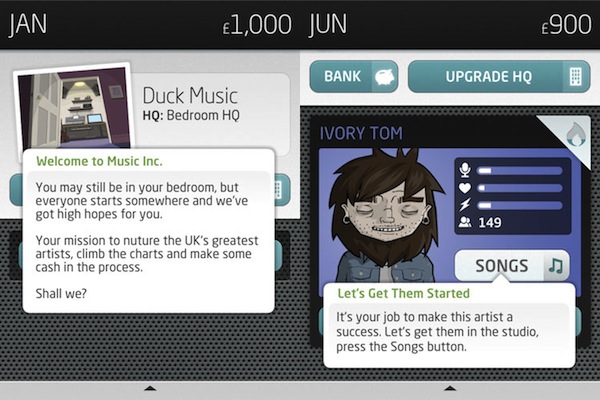 UK Music, the Intellectual Property Office, and animation company Aardman have teamed up to release an iOS and Android game called Music Inc.

The official description says that this is “a game that allows you to envelop yourself in the world of music production.”  However, the game was actually created as an anti-piracy tool.

In the game, users set up a record label and sign artists, who release songs, play shows, and more. 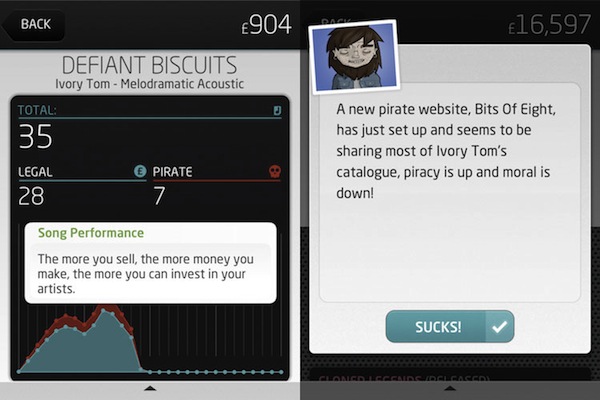 The music sales view shows how many times the fictional song was pirated.  From time to time, there are also pop-ups relating to pirating sites and copyright cases.  The game is designed to educate about illegal piracy in a fun way, but the game doesn’t always directly correlate piracy to less profits for labels and artists.

One pop-up says “a popular blog has ripped your artist’s song and posted it, do you let them keep it up?”. I clicked “yes”, and it led to many new fans… which is probably how the situation would play out in real life. Another anti-piracy option is the option to sue your artists’ pirating fans.

This game does show that music pirating isn’t a black and white issue that directly leads to sales losses, which is a welcome surprise considering the game was created by anti-piracy organizations.